October 27, 2013
Fuzzing is an automated / sometime semi automated software security/bug testing technique which allows us to find different types of bugs with very less efforts. It actually involves providing invalid, unexpected, or random data to the inputs of a computer program. The best thing about fuzzing is, you spend few sleepless nights to write your Fuzzer, and after that you just sleep, and your Fuzzer brings you bugs (or money some time ;)) without any positive effort . 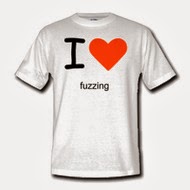 Months back I have blogged about two (this & this)XSRF vulnerabilities, I've found in Twitter application. Both XSRF bugs were found using a web application Fuzzer I've developed,I named it Bupry. I've already shared that tool. You can download the tool from my GitHub page.

The tool is pretty simple, straight forward and flexible. You can easily write your own application specific modules to perform various test cases. Burpy actually takes Burp suite log as input and after that it parses all request response from the Burp log xml file. After parsing that log it performs various tests depending on the module you've provided. In this tool I've also included on raw http request manipulation library which is rawweb.py. You can easily manipulate or modify raw http requests using this library and its very simple. In this post, I am going show how I wrote a Facebook application specific plugin for Burpy to fuzz Facebook application. 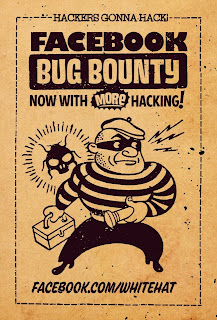 As I've already said, Burpy takes Burp suite log as input. So to do that,I've opened up Burp proxy and started surfing Facebook application randomly with a test account. At the same time Burp suite was capturing all the request responses in background.

So after that, I exported the captured log from Burp. Now here, Burpy's job would be to parse burp log and get a list of all http request (normal client's requests without any modification)present in the Burp suite log and depending on the modules provided, it will modify/manipulate those raw http request (using rawweb.py)and re-send them to web server. And depending on the response, Burpy will generate an HTML report powered by Twitter Bootstrap. A Sample report with single issue is here.

So I wrote a Burpy plugin which removes the xsrf token parameter from all raw http request found in burp log, and re-fire them to server one by one. Now like twitter Facebook also behaves in same manner every time, when you send any request to server using without XSRF token ( XSRF token name is constant for main facebook application which is fb_dtsg). So if you send any request without this XSRF token, maximum time Facebook will give you back an error saying, Sorry, something went wrong - Please try closing and re-opening your browser window or it will throw 500 Server Error response code. 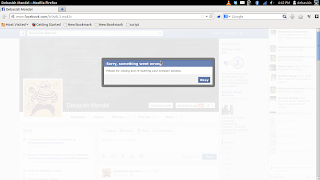 Now if we remove the XSRF token from each and every request that client side code sends to Facebook server, and if we dont find above mentioned error in server response, then we can say that there is a chance that XSRF token validation is not properly implemented. But Facebook application send thousands of GET and POST request. So its almost impossible to do this manually for each and every request that Facebook sends.

So I wrote this tiny Burpy plugin to automate this test case. It simply checks whether XSRF token validation is present in server side or not, by removing XSRF token from request and replaying it. Since Facebook application always throws a generic error message for XSRF error, So if this error is not present in response after removing the token it returns +ve.


So after running this 10-15 times I've gathered few suspicious request response from Burpy report.But  most of them were technically XSRF but not very critical or harmful. But I was able to track down near about 8-10 pretty serious issues. 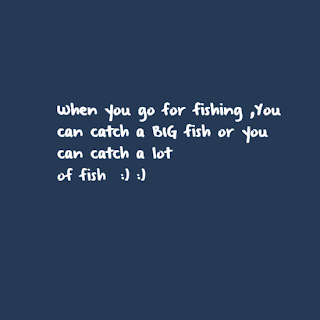 So from the next day I started reporting them to Facebook Security Team using their online form. 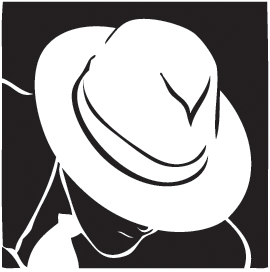 After few weeks I started getting responses back from Facebook security team. Unfortunately few of them did not qualify for Facebook Bug Bounty program because few were previously known to them and few were not very critical. 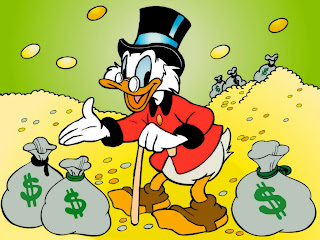 So at last I've earned some money out of Facebook and the best thing was Facebook guys mentioned my name on their White Hat Hall of Fame page which is definitely a great CV builder. 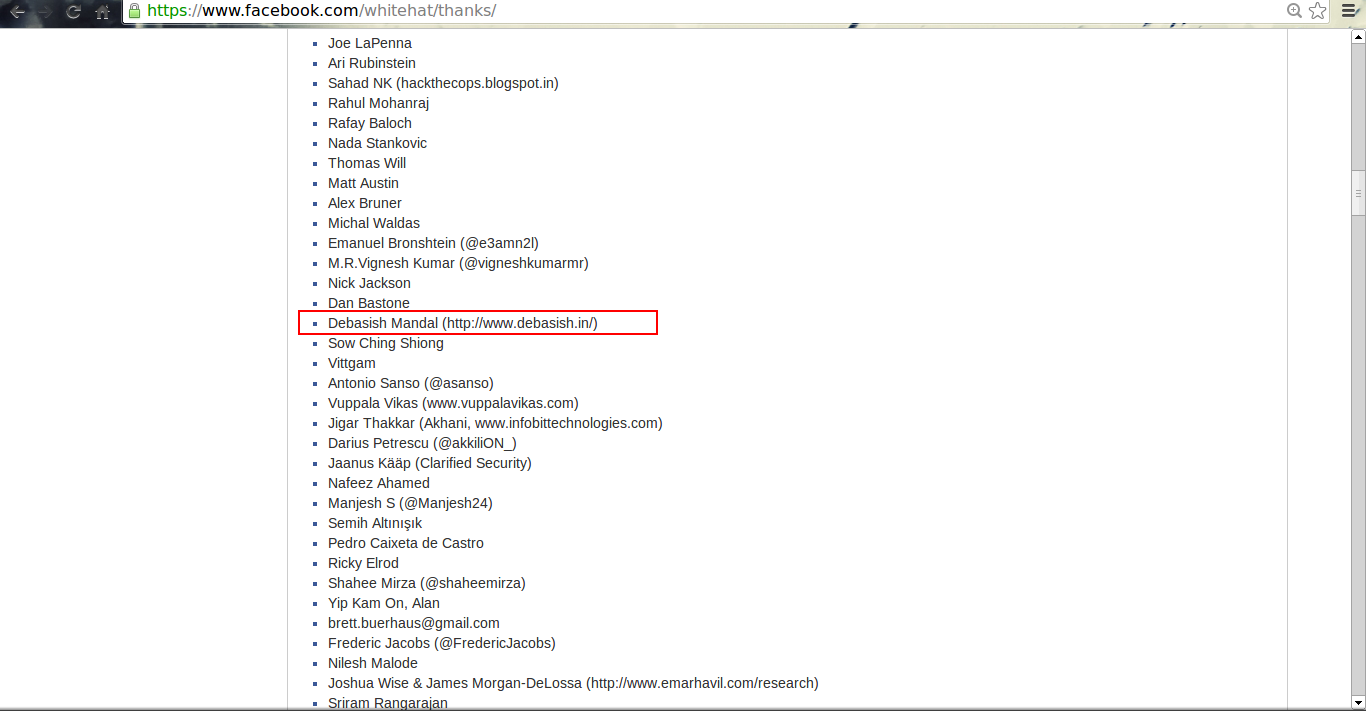 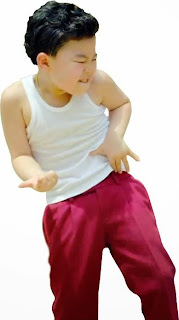